What do ARs chambered in 9mm, 40cal, 45acp, and 7.62×39 all have in common?  The need for a heavy hitting hammer is required to reliably and consistently detonate the primers on these calibers.  All of these calibers are notorious in the AR platform for giving you light strikes on the primer when using aftermarket, light pull-weight triggers.  There’s a whole array of companies out there making great triggers for AR-15’s that only have a 2-4lb trigger pull.  The problem is these companies haven’t kept their ears open on the range.  There’s a very notable change of muzzle blast coming from most firing range lanes.  For the most part it’s a much quieter signature.  In the last two years, the PCC or AR-9mm has picked up steam and is now a full fledged member to most of our weapon collections.  With that being said, there’s only one company out there manufacturing a trigger that works perfectly in any AR platform from .308win and 6.5Creedmoor, all the way down to AR-9.  And they get down to 2.5lb trigger pull!   If you haven’t been introduced yet, we would like to formally introduce you to the leader in design, technology, and customer service: HIPERFIRE.

Based in Minnesota, Hiperfire brings American manufacturing to the peak of greatness.  Their CEO and engineer Terry Bender, has a long resume in the firearms industry and stumbled upon his line of triggers while developing a semi-auto .50cal rifle.  During his R&D of the .50, he quickly realized there was an issue.  Just like the current steel cased 7.62×39 and 9mm ammo being fired in AR platforms, the .50cal was asking for more hammer strike.  The required hammer strike was an easy fix, however the trigger pull followed the hammer and came in around 10lbs!  The trade-off wasn’t worth it.  As most of us know, it’s just not practical to shoot a long range precision rifle, with a trigger pull that weighs almost as much as the weapon.  What he came up with is the “Cam-Over Toggle System”.  Essentially, he added two springs to the hammer (Cam-Over Toggle Engine) that take force off of the sear surface, which decreased the trigger pull weight, and assisted the hammer in its drop to increase weight to the hammer strike.  American engineering at its finest did what no one had been paying attention to, or hadn’t figured out.  Hiperfire delivered a single stage trigger that decreased trigger pull weight (down to 2.5lbs) while delivering the hardest hitting hammers on the market.  They solved a problem before the true recognition of a problem had really been recognized.  He developed his first line of Hiperfire triggers in 2011, and by 2016, AR-9’s were taking a dominate role in the market.  Along with this new caliber craze, there was a hunger for a dependable trigger to get away from the mil-spec 7-8lb norm.  Alongside the AR-9, companies like Faxon Firearms have released their ARAK-21 chambered in 7.62×39 which requires a heavy hammer spring for the steel case ammo from Russia and China.  HiperFire triggers are the only triggers American Resistance will install for our customers when building ARAK-21’s(7.62×39).  HiperFire answers the question: Will this trigger work in my AR?  YES!  No matter the caliber, no matter the ammo!  If it’s an AR, HiperFire not only works, but feels like a million dollar trigger.  And it’s competitively priced against it’s competitors whose triggers are questionable at best when it comes to reliability.

Mr. Bender is not a veteran himself, however he knew that the best plan of attack was to hire vets.  He brought on a team of American Veterans to fine tune his already solid product.  This is important because typically there’s no one who has more trigger time than our Vets.  Vets not only shoot a lot, but they have a working knowledge of the AR platform.  When it comes to troubleshooting, installing, or customer service, they are the go to soldiers under HiperFire’s umbrella.  Plus, it really makes a lot of sense to have an American Made trigger company operated, assembled, and tested by American Veterans.

Lets spend a bit going over some of the triggers and their specifications.

HiperTouch Eclipse (ECL) is the “Top of the line” AR trigger!  This is the “upgraded” model of the HiperTouch 24C.  It has all the same workings as the 24C (Cam-Over Toggle Engine), with an added feature: Nickel Bliss, Electroless Nickel Boron (NiB) coating on the hammer and trigger.  This gives it an extremely smooth feel, added corrosion protection, and a polished look.  The Eclipse has virtually no pre-travel and/or take up, giving the shooter the confidence to know that as soon as he or she moves (pulls) the trigger, there’s no delay or drag to the trigger.  The instant the trigger moves, the hammer drops, which is crucial to precision shots (especially at greater distances).  There’s nothing more aggravating for shooters, than looking through your optic, getting a perfect sight picture alignment, squeezing the trigger, only to get the take up out of the trigger, and not have the hammer drop.  This is assisted by the straight bow trigger with the “HiperShoe Finger Pad Revolution”.   The HiperShoe allows the shooter to adjust for fine weight adjustment, take-up settings, and allows the shooter to position their finger in the exact same spot every time.  Pull weights on the Eclipse can be adjusted from 2.5lbs to 3.5lbs.  To sum up the Hiperfire Eclipse:  This trigger is single stage, crisp break, short over-travel, and extremely positive reset that you can feel and hear.  For long range shooting, the Eclipse is hands down the pinnacle.  When shooting at greater distances, you should be removing as many variables as possible.  The ECL eliminates the trigger variable, which in turn will tighten those groups dramatically.

HiperTouch Reflex is what HiperFire refers to as the “Every Man’s” trigger.  If you’re not a fan of the “flat” or “straight bow” style trigger, this will be the one you’ll want.  It’s got the same mechanics of the 24C, however it features the classic “curved” trigger.  For shooters looking for a trigger that’s familiar in feel, you’ll really appreciate the lack of take-up/pre-travel, smooth feel that the Reflex gives you.  If you want an all-around trigger that allows a precision shot at 1000 yards on a precision rifle, a duty weapon feel for up close in the hot zone, or you just want to dump a magazine for a video shoot, this is your pick.  Just like the Eclipse and 24C, the Reflex features the “Cam-Over Toggle Engine”, heavy hitting hammer for those calibers mentioned above, Soft-Start Lock-Up for Pre-Ignition Stability, and adjustments on trigger pull of 2.5lbs or 3.5lbs.  The reset is fantastic!  You hear it just as much as you feel it in the trigger.  This is hands down the “best all-around” trigger, very affordable, and the trigger used by Keanu Reeves in John Wick 2.

HiperTouch EDT is the Enhanced Duty Trigger.  They offer 3 different variations of the EDT: Sharp Shooter, Designated Marksman, and Heavy Gunner.  All 3 are very similar, with small variations. The Designated Marksman features the most obvious difference.  The trigger has a semi-flat bow.  The top of the trigger is designed for a more stressful situation where a “hair” trigger could be a bit dangerous.  The bottom of the trigger, would be used in a more precision shot situation.  The EDT class triggers all offer pull weights of either 4.5lbs or 5.5lbs.  These are ideal for replacing Mil-spec style triggers in duty weapons.  Hiperfire understands that some agencies require certain pull weights on their officers weapons, and the EDT triggers fill that niche, with precision machining to ensure you get a safe, reliable, and crisp trigger.  They all have a smooth feel, and break really clean.  Our personal pick is the EDT “Heavy Gunner” for 9mm AR’s and 7.62×39.  It comes standard with HiperFire’s Heavy, SwingFast Hammer Head.  If you’re looking for a duty trigger that’s friendly on the wallet, the EDT is your trigger!

Fostech Echo ll is NOT a HiperFire trigger.  However, we thought it was worth mentioning that due to HiperFire’s Cam-Over Toggle Engine, Fostech was able to release their binary trigger.  When Fostech was developing and designing their Echo ll trigger, they were having trouble with hammer strike, and contacted Hiperfire about licensing their product.  The rest is history.  Fostech now has the best binary trigger on the market, and HiperFire’s system is making it all possible.

Installation of all their triggers is not drop-in style, but that’s great feature.  Drop-in triggers are not recommended for duty style weapons.  Recently they released their new updated triggers with an even better design on the toggle springs.  In the previous versions, the toggle springs were a 3 piece assembly that could be a bit tricky for the first time installer.  Now they have revamped the parts into a single toggle spring assembly for a much easier install.  If you’re ever unsure, please watch some of our videos on how to install them.  See below for a video on how to install the 243G which they have re-named the “Reflex”.  We’ve found that the EDT series triggers are the most difficult to install.  Fear not, the guys at Hiperfire took note of this and send out all EDT’s with the slave pin installed in the trigger assembly, and they include a guide pin to assist in install.  The guide pin is one the best tools for first time AR builders, and even the most experienced.  We still use the guide pins every day here at our shop for all brand triggers we install.

There’s a fairly common question we get here at the shop from customers who are looking to start building their own AR;  “What should I be concerned with when building an AR myself”?  Our answer is the same every time: “Don’t cheap-out on your BCG, barrel, and trigger”.  These are the 3 determining parts of where your rounds impact the target and how long your weapon will last.  As mentioned above, it doesn’t matter what caliber you’re building, you can count on HiperFire’s triggers to not only work, but exceed your expectations of a fire control group.  Chances are that these triggers will out preform your ability in speed.  When you first start using them, you’ll notice that you trigger is resetting faster than your trigger finger can react, and pull again.  On the flip side, if your trigger finger is already trained for speed and you have a quick flick of the finger, the Hiperfire will still be there waiting for your next pull.

HiperFire didn’t reinvent the wheel, they invented a whole new means of travel (or last there of pre-travel).  They achieved pull weights for AR’s that were originally only seen in long range bolt guns, and at the same time delivered hammer strike that allowed the new-aged AR’s to use high quality triggers effectively.  If you haven’t tried a HiperFire, I challenge you to pick one up, and feel the difference.  You’ll be a believer before the first magazine is empty.  Whether you’re a novice first time shooter, military veteran, or competition shooter, you’ll notice the quality and ability of these fine tuned triggers. 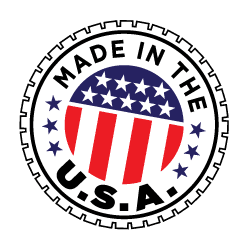